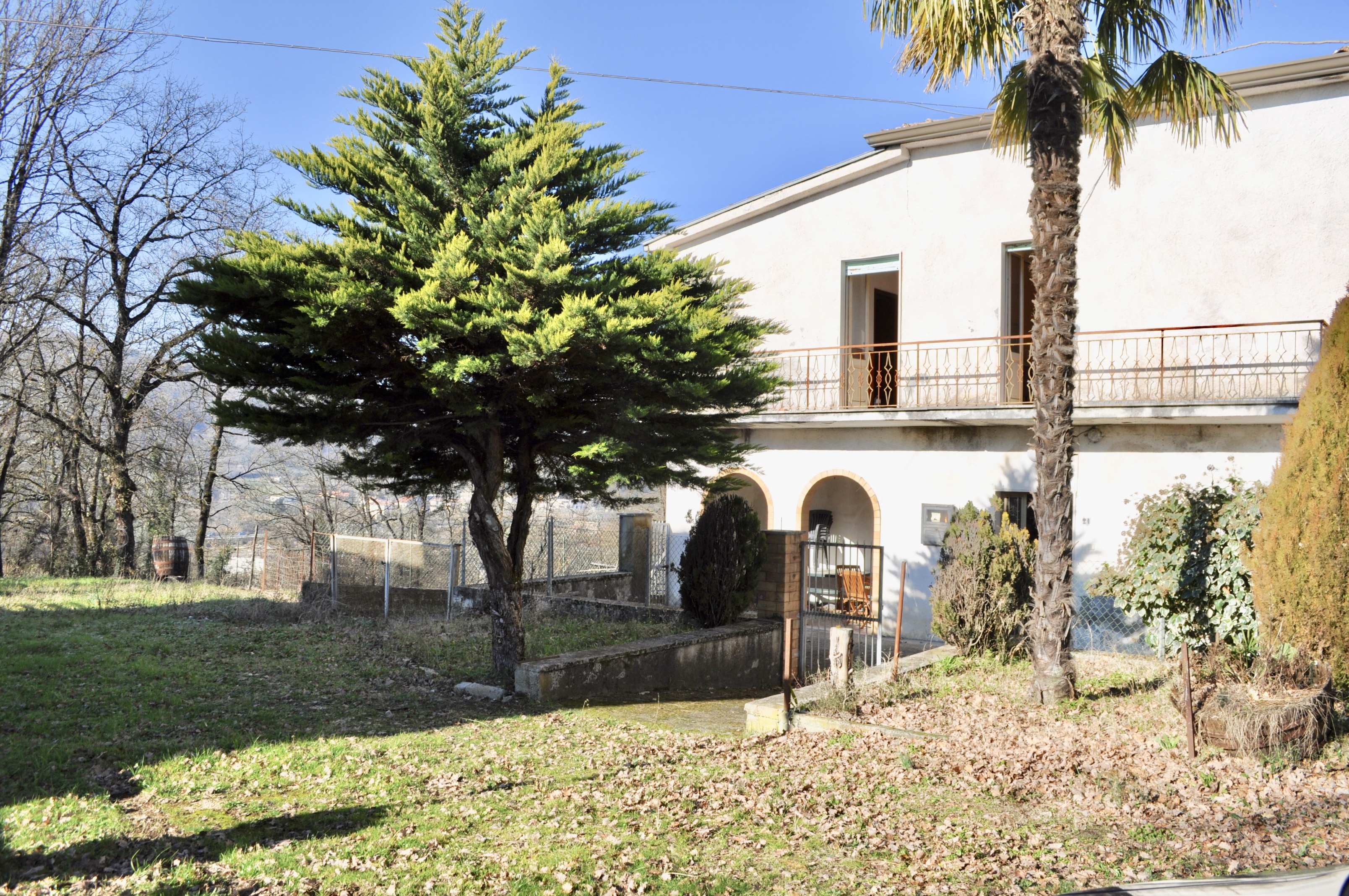 Located at the beautiful and tranquil Lake Posta Fibreno, a noted nature reserve, yet only 10 mins drive to the bustling town of Sora, this great semi-detached house is set over 3 levels.

2 floors are currently used as living space, with an attic floor which could very easily become more living space should you require it.

The house is in sound condition, but will greatly benefit from some modernization and redecorating.

On the first level of the house, there is a large kitchen room, big enough to dine in as well, which has a separate door leading outside to the patio space that is perfect for alfresco dining. There is also a bathroom and a living room on this floor.

The second level features two large double bedrooms, one with a smaller adjoining room - which is the perfect space for a future dressing room or ensuite bathroom.  The other large bedroom features a balcony looking over the picturesque, green countryside.

With some work, the attic could give you another two large-sized rooms if needed.

A  cantina is located directly behind the kitchen, allowing you the possibility of keeping these rooms separate, or opening up the wall between the kitchen and the cellar in order to make the kitchen space much bigger.

Outside there is approx one hectare of very attractive fenced land, with mature trees and a gated driveway leading to the property.

The lake is situated in the area of the Comino Valley, surrounded by some very beautiful grand mountain ranges, and is roughly halfway between Rome and Naples, having great access to both cities. Fiumicino international airport is approx 1.5 hours drive, Naples airport is a little closer.

The lake is famous for its crystal clear fresh waters and the abundance of wildlife, and is now a protected wildlife reserve.  There are various restaurants and cafes along the shores of the lake, and you can hire little rowboats and paddleboats to explore the picturesque waters.  People also swim in some parts but owing to the underwater springs the water is cold, with a constant temperature of around 10 degrees celsius. The lake has a floating island, called a Rota, which was noted by the Roman historian, Pliny, some 2000 years ago, and scuba divers come from around the world to explore this rare feature.